Espinosa and the Caribbean World 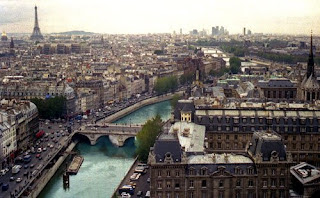 Germán Espinosa (1938 - 2007) was born in Cartagena de Indias, Colombia, 1938. Espinosa’s narrative—which span five decades and 20 books - is celebrated both in Latin America and in France, because many of his books has been translated into French. After his death, Espinosa has long been considered one of the most important writer after the Latin American "boom". His novel, "La tejedora de coronas" (1982) is considered the second novel most important of Colombia after "Cien años de soledad", in spite of their different approaches.

It is a pity that Espinosa´s books are not yet translated into English. Therefore. I´m going to quote his titles in Spanish.

In 1970 Espinosa published in Montevideo and Caracas simultaneously "Los cortejos del diablo". This novel takes place in Cartagena when the Catholic Church had the control of everything. Suddenly, the demons appeared at night. The witches flew across the sky, they laughed of the priest Mañozga, the Inquisitor.

Espinosa was tormented by the ultimate problems which face young men in every generation – about good and evil, the origin and purpose of the universe and its habitants, the cause of all that happens; but the answers provided by theologians and economists struck him as absurd, if only because of the words in which they were formulated – words which bore no apparent reference to the everyday world of ordinary common sense to which he clung obstinately, even before he became aware of what he doing, as being alone real.

What is to be done? How should one live? Why are we are? What must we be and do? He knew that history, only the sum of the concrete events in time and space could figured out something. But History is a three-dimensional, empirically experienced.

Espinosa grew up during the heyday of Marxism philosophy, which sought to explain all things in terms of historical development, but conceived this process as being ultimately not susceptible to the methods of empirical investigations. Therefore, he criticized all forms of optimistic rationalism, Marxism theories of progress, French sociology, Venezuelan military expertise (Bolivar´s inheritance) and Colombian guerrillas. His second novel, “El magnicidio” (1979), attacked Marxism fanaticism. But at the same time, the Colombian left-wing intellectuals attacked Espinosa for “social indifferentism”, for disparagement of all noble social impulses as a compound of ignorance and foolish aristocrat cynicism about life as marsh which cannot be reclaimed

But Espinosa realized that if we allow that human life can be ruled by reason the possibility of life (as a spontaneous activity involving consciousness of free will) is destroyed. What about fantasy? What life beyond death? What about love? Love never disappears. It´s unmeasured. And what about carnivals? Good point.

Otherwise Espinosa realized that he belonged to the Caribbean World, that is, a world full of carnivals. He considered himself as a cultural mestizo, and this identity emerged as an explicit challenge to racial profiling of all sorts, “mixing,” blending, and transgressing borders against cultural politics that considered Latin America as a inferior continent. No. We are mestizo. Our culture is a synthesis, as Alfonso Reyes and Borges pointed out. For Espinosa, synthesis represents the ideal of transforming the world’s various disarticulations into an organic and articulate whole. It has implications for all areas of life. In society, it connotes mutual benefit and agreement over conflictive difference. In politics, it means democracy. In the realm of nation, states, it connotes internationalism. In knowledge production, it translates as interdisciplinary. In aesthetics, it means the constant evolution of beauty through human agency. Espinosa understood America as the place where a potentially universal synthesis finds its conditions of possibility already at work.

Espinosa perceived reality in its multiplicity as a collection of separate entities round and into which he saw with a clarity and penetration scarcely ever equaled.